In a brief interview with realsportscast24.co.uk after the game, Adelakun who could not hold back his emotions said,”We played so well that I wondered why we didn’t do the same in the first game. But on the other hand I am happy we got the result that showed we could react, that we had the mentality to react well to the pitfall of a few days earlier,” He said.

According to him, ” There is no magic, It was a burning collective resolve to show character and to show our quality by not allowing the numerous negative comments get to us and the few that filtered through. I will say we used as motivation to galvanize ourselves as a team to  fight – and really fight, which we did,” He added.

speaking on the next game against Liberia billed for November 11th in Ghana, Adelakun stated, “We don’t know where the game will be played though It will be a game of football. 11 v 11 Wherever it will be played, so we all know what needs to be done and my expectations are the same as everyone else’s in the team. We are a team of winners. And we want to keep that going”.

He congratulated the Captain Ahmed Musa  on his FIFA 101 Caps, ” Well Ahmed Musa is worthy of all honour and accolade. He’s been a real and true server of the nation. Great personality. Special captain. If anyone is picked 100 times by a different set of coaches, he must be doing something right. We see it in him. And we hope he passes such qualities on to younger ones to break into the 100 Club of Nigerian football in future,” Tunde Adelakun added. 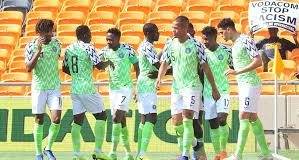