Still learning French 6-months after his move to Girondis Bordeaux, Samuel Kalu says he wants to play in the Premier League.

Super Eagles forward Samuel Kalu has stated that he wants to play in the Premier League at some point in his career.

The 20 year old Abia born star move from KAA Gent to Girondis Bordeaux in a summer transfer after missing out of the Super Eagles squad to the 2018 FIFA World Cup.

The Nigerian striker has been in sensational form for Bordeaux this season which has again generated speculation of moving to another big team.

www.realsportscast24.co.uk gathered that, Kalu stated how he was convinced to join Bordeaux from Gent and how he has worked had to impress his new manager.

He said, “After Gent, I felt it was time for me to take another leap, Ligue 1 is a tougher league than in Belgium, and it was not easy because I had just arrived.

“The coach who wanted me (Gustavo Poyet) was sacked, I told myself that I had to work twice more to prove my value to the new coach . Ricardo is a very good coach, when he wants something from you, he comes to talk to you.

“I really feel very good in Bordeaux, it’s like a big family, everyone is talking to each other .We joke a lot, I learn French. Bordeaux is a stage, and when I leave, I want to be able to say that I was a great player. “

Speaking on the premier league , kalu stated that Several Nigerian players play in the Premier League such as Alex Iwobi at Arsenal, Wilfred Ndidi and Kelechi Iheanacho at Leicester City.

Kalu said in the report that he would also like to play in one of Europe’s glamorous leagues in the future.

He said, “I would like to play in England. Everyone dreams of it. I talk sometimes about it with my teammates at the club, I strongly believe sooner my dream will come true.” he prayed. 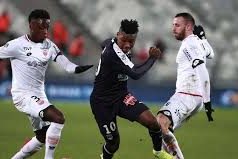 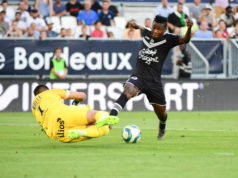 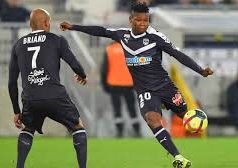 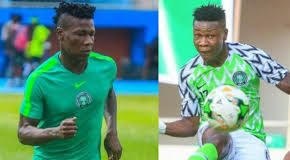 I HAVE GAINED MY CONFIDENTS IN THE TEAM BACK —SAMUEL KALU

Bibian Onwugbolu - July 4, 2019
0
Super Eagles winger Samuel Kalu has expressed joy for getting his confident in the back after starting in a match against Madagascar...