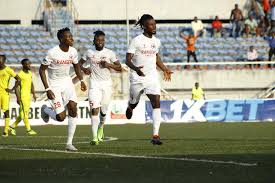 Nigeria’s Enugu Rangers on Sunday became the first club to beat the rave of the moment, Pyramids FC of Egypt.

The Nigerian side, against all odds and expectations beat their hosts 1-0 in the Match Day 5 of the CAF Confederations Cup match played at the Air Defence Stadium.

Ifeanyi George scored the all-important goal in the 73rd minute. It is not just the first win for Rangers in the group stage, it is the first time ever that Rangers have won a match in Egypt.

They will however have to wait for the encounter of Egypt’s second club in the group, Al Masry, which will face Nouadhibou of Mauritania later in the day in Egypt.

Rangers’ last match will be at home against Al Masry. 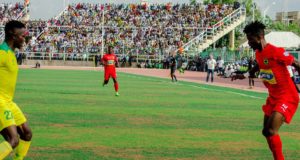 Bibian Onwugbolu - August 11, 2019
0
Substitute Gambo Mohammed came in and did a wonder by scored the winning goal  to give Kano Pillars a 3-2 first-leg victory...