The Nigeria Basketball Federation is saddened over the death of former Nigerian international, Peter Aluma at the age of 46.

Reacting to the news of the former Comets Basketball Club player and Liberty University Hall of Fame member, the NBBF President, Engr Musa Kida described the death as shocking and heart-rending.

“We are once again saddened by this unfortunate incident which has thrown the basketball family into a state of mourning as we never expected that the basketball world would be mourning so soon after the demise of Kobe Bryant.”

A member of the D’Tigers squad to the 1998 FIBA World Cup, Aluma helped the Liberty University capture their first Big South Conference (BSC) title and automatic NCAA Tournament bid during his freshman season in 1994 as he finished his career with 1,715 points and still held  the program record for career number of 366 blocked shots.

Commenting further, Kida said; “Peter Aluma was one of the best ever centres that ever graced the Nigerian basketball scene during the golden era of Comets before traveling to the United States of America in search of greener pastures”.

A distraught Kida prayed that the good Lord will grant the soul of the departed player eternal rest.

A one minute silence in honor of Aluma and Kobe Bryant was observed before the final of the Total Basketball League between Impressions and Reformers on Sunday at the Indoor Sports Hall of the National stadium.

“Our thoughts are with his family members and his loved ones. We can assure them that they are not alone during this trying period. We mourn with them.”

Aluma had stints with Sacramento Kings and Phoenix Suns before playing in Venezuela with Toros De Aragua and Gomel Wildcats Sozh in Belarus. 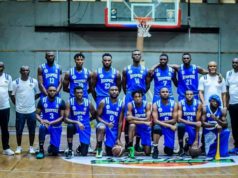 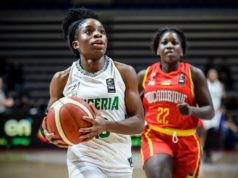 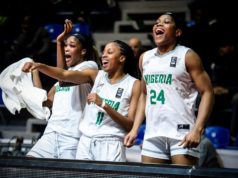 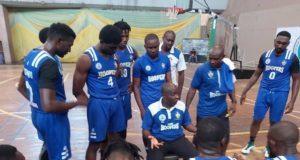 Bibian Onwugbolu - November 11, 2019
0
Rivers Hoopers have been drawn with Niger Potters, Civil Defenders and Benue Braves in Group A of the NBBF President Cup Final...