Chairman of Abia Warrior FC of Umuahia Pastor Emeka Inyama,has stressed that Nigeria National League NNL is in urgent need for a survival.

The NNL management put in place by the Amaju Pinnick led Nigeria Football Nigeria (NFF) showed incompetence by it’s inability to run the 2019/2020 season after five matches, thus ruining the chances of the four teams seeking promotion to the elite division.

Recall 17 clubs in the elite division voted to end the 2019/2020 football season and adopted the PPG framework, and also collectively agreed that there won’t be promotion from the Nigeria National League nor relegation from the NPFL.

The Abia Warriors egg-head said on Family United By Football FUBF a whatsapp platform that: “You will agree with me that NNL under me as chairman was at it’s very best so far. We organised the league without hitches for four years with promotion and relegation.

“In my time it was not up to 40 clubs but I was very professional and firm in our decision making. We enjoyed a lot of goodwill from the clubs because of the way we managed the league.We had about three sponsors then and we ran the league.

“The NNL is in urgent need for survival. It needs a surgical approach to overhaul the place. For a league to play just few matches and stop is not salutary and the Nigeria Football Federation (NFF) should intervene to revive the ailing league. It’s the support league and critical to the success of Nigeria Professional Football League (NPFL) and should not be overlooked.”

Speaking further on his successes as an astute football administrator, “You need somebody with capacity and drive to do the needful. Its not a league for settlement.

“So much pressure comes with managing a football club here but my low days was the needless fight between two sister clubs. I was very sad especially with the injury sustained by my friend and brother Chief Anyansi of Enyimba.

“We must apply fair play in soocer. That’s what FIFA preaches,” Inyama concluded. 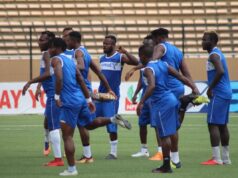 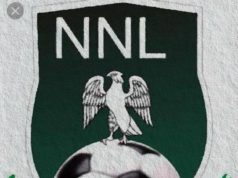 Why we abandoned the match in Hadejia – Kogi United

Farouk Ahmed - May 12, 2019
0
Kogi United have explained reasons they could not conclude their Nigeria National League, NNL Matchday 4 encounter against Jigawa Golden Stars on Saturday. The top...