We once more fail;ed to beat lowly Sierra Leone, managing only two shots on target throughout the 90 minutes. There is no two ways about this, Gernot Rohr has to go as he has clearly taken the team as far as he can and the only way from here is downwards.

Already, our African contemporaries like Algeria, Cameroon and Senegal have all already qualified for the tournament with two games to spare.  Nigerian, however, still has to face the ignominy of two more games away in Cotonou and at home to Lesotho.

Once upon a time, Gernot Rohr used to qualify Nigeria for tournaments with two matches to spare. However, the poor man is way past his best now as his team selections, tactics and substitutions show, so it is time for him to retire from the game that has left him behind. 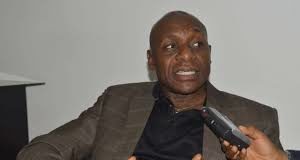 Farouk Ahmed - March 7, 2020
0
Ike Shorunmu bemoans the inclusion of just a single home-based player for the clash against the Lone StarsSays the under-representation of the...