Nasarawa United have moved from 20th to 17th position on the Nigerian Professional Football League table after a comfortable 3-1 whitewashing of Abia Warriors this evening in Lafia.

Welcoming an audacious fan-base to the Lafia City Stadium, following the lifting of the ban imposed on the venue by the League Management Company, LMC, Nasarawa United started the evening on a shaky note as Abia Warriors opened scoring as early as in the third minute of play after Okon Otop found Ugwuka Emmanuel unmarked with the latter sliding in from close range.

The oriental visitors held the scoreline in that format until rampaging Anas Yusuf drew Nasarawa United level in the 28th minute after his free-kick from 30 yards took a deflection off Abdallah Mohammed, his fourth goal for United this season.

Nasarawa United, desirous to be guaranteed some respite before the half-time, took the driver’s seat in the 43rd minute courtesy of Solomon Chidi who benefited from Abdallah’s misdirected shot on goal, to bring half-time scores to 2-1 in United’s favour.

As the second-half resumed, both teams rang in some changes, but it was Nasarawa United who profited from it as new acquisition, Katoh Haggai, making his debut, four minutes after his introduction, blasted a thunderbolt from 25 yards in the 74th minute into the net to further increase the goal tally to 3-1 for the Lafia-based team.

The Jos-born Haggai stole the show with some tip-tap passes and mesmerizing moves to the admiration of the large fans at the Stadium.

United held to the scoreline till the end of regulation time to maintain their 100 per cent home record over the Umuahia-based side, and it was their first massive home win this season,as they are pushed up to the 17th position on the league log with 16 points.

In his post-match presser, Acting Technical Adviser of Nasarawa United, Abubakar Arikya, revealed that the return of the fans at the Stadium helped change the momentum.

“The fans played crucial role in our win today. Their support for the team today was second to none”,he began.

He blamed the Warriors’ early goal on lack of concentration but he is of the opinion that the win would boost his team’s outing in subsequent games.

“The first goal came as a result of loss of concentration on the side of my players. But we will work on that before our next game

“We will consolidate on this victory and we will keep working hard to keep the tempo. The players have been cooperating well.”

On Katoh Haggai’s debut appearance, the slow-talking gaffer has this to say.

“Haggai Katoh is an exceptional player. We have him in our plans, and when he was introduced today in his first league appearance since joining us, he justified his inclusion”, he concluded.

Nasarawa United, with an outstanding home game against Enugu Rangers on Wednesday,  26th February, will next travel to Kano, 9th February, 2020, to face Jigawa Golden Stars on match-day 19 before the curtains for the first stanza of the 2019/2020 NPFL Season are drawn closed. 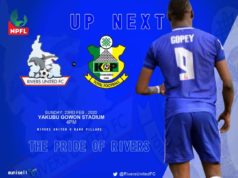 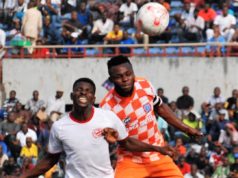 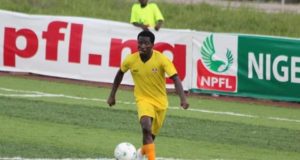 Farouk Ahmed - January 18, 2020
0
Mountain of Fire and Miracles Ministries FC  wishes to inform the general public, most especially the Clubs in Nigerian Football Leagues about...