Super Eagles handler Gernot Rohr has stressed that team next game against Lesotho in the AFCON qualifier on Sunday will be more tough than their last match against Benin Republic.

In a exclusive interview with www.realsportscast24.co.uk yesterday In Uyo, Rohr insisted that his team will not have a rosy game against Likuena boys on their home soil.

According to him, “It is good we won our first game in the AFCON Qualifier against Benin but it wasn’t easy, the important thing here is that we finally got the deserved three points at home.

“Playing Lesotho on Sunday is going to be another tough match for us and because they drew their first match at home and that will make it harder for us. They will not like to disappoint at home but I am sure my players will pick the away points to stand out on the group.

“I have good players to give a fight in Lesotho even I find it hard to do a selection for a single match but there is nothing i can do. Victor Osimehn and Samuel Kalu also Chukwueze, Aribo, Mikel are likely to start on Sunday.

“I have to give every player a chance to prove their invitation to the team. I have to know the strength of each player with Sunday match. 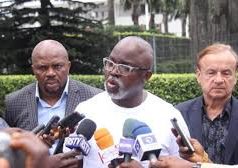 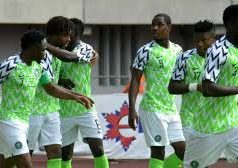 Eagles land in Maseru, ready to fly over Crocodiles 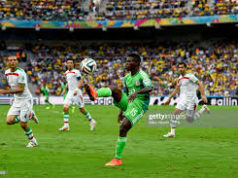 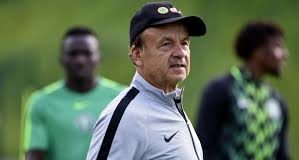 Bibian Onwugbolu - November 4, 2019
0
Super Eagles head coach Gernot Rohr has said that the U23 will be among the team that will take part in the...