This was disclosed by the club chairman, Alhaji Surajo Shaaibu Yahaya Jambul while reacting to some reports that are going round that Enugu Rangers Int’l FC gaffer, Salisu Yusuf will leave Rangers Int’l FC to become the next Sai Masu Gida TA.

Alhaji Surajo Shaaibu Yahaya Jambul said “no doubt both Pillars FC and coach Salisu Yusuf indicates interest to work together but Man proposed God disposed the God one is the best”.

He said Kano Pillars FC is following taking things one at a time to ensure that it follow due and since Coach Salisu Yusuf has agreed to continue with Enugu Rangers Int’l FC, the club is wishing him all the best and the club will not relent in its mission of hiring a coach with CAF A license that will lead the four-time NPFL Champions in the forthcoming 2021/2022 football season.

“Let me remind you, we never made any contact with Coach Salisu as some reports making round in the last ten days in some media but we are just studying the situation and thank God, there was never a place where Pillars FC or Coach Salisu was quoted   making Official statements about any deal, chairman explained.

The chairman said by God grace, very soon, Kano Pillars FC would come up with an official statement on how it will engage a qualified Coach in line with its mission in the forthcoming season.

RANGERS ROUND OFF OPEN SCREENING WITH DOUBLE WIN 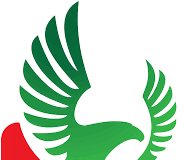 We are a legal entity – Club Owners fire back at...

Bibian Onwugbolu - June 30, 2020
0
The Football club Owners Association of Nigeria (Club Owners) have reacted to a recent outburst by erstwhile chairman of the Nigeria premier...
Go to mobile version