Ikechukwu Ibenegbu* has exclusively revealed that he’s planning for his future after his loan deal with Enugu Rangers.

The 34-year-old midfielder is on a season-long loan deal with the seven-time Nigeria Champions following a move from Oriental rivals, *Enyimba,* prior to the start of the 2019/2020 NPFL season.

He told www.realsportscast24.co.uk, “My contract with Rangers will end at the close of the 2019/2020 season,” Ibenegbu said.

“I am in Rangers International on a one year loan and after that I’m free, hopefully i may renew my contract with them or move to another club” he explained.

Biochemistry graduate of Imo State University, Ibenegbu missed no word in revealing that his plan is to travel abroad to undergo training course and obtain his certificate in club management.

“But if it comes down to coaching, no problem, but my ambition is to become a club manager”.

‘Mosquito’ has been a member of the *Nigeria Beach Soccer Team, having featured in several beach soccer World Cup finals.

Capped 13 times by Super Eagles, Ibenegbu missed the final cut for Samson Siasia’s U-23 *Dream Team IV* squad for the *Beijing 2008 Olympic Games* where Nigeria won a silver after a 1-0 defeat by Lionel Messi-inspired Argentina in the final.

He made his Super Eagles debut in January 2012 in the international friendly against Angola. 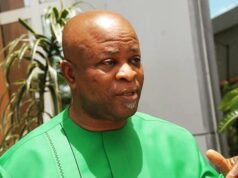 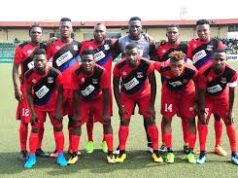 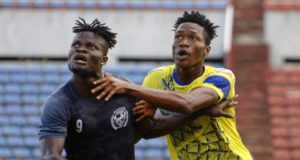