The president of Nigeria football federation NFF Amaju Pinnick has confirmed that he would be retiring from football once his tenure as the federation president expires in the next 2years.

Amaju told realsportscast24.co.uk in a brief chat yesterday that “I dont think i will contest for any position in Football again both in CAF and NFF,” he said

“I have to give my businesses attention they need after this tenure, though i am eligible to contest again but i will not,” he added.

speaking on PPG adoption, Amaju further explained that “PPG is begin used all over the world when a situation like this arises and that was what LMC did which placed each team where they suppose to be. He concluded.

NFF: Agents, coaches who engage in sharp practices will be prosecuted 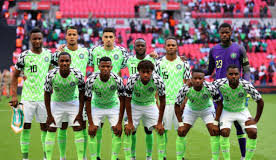 Farouk Ahmed - September 18, 2019
0
The Nigeria Football Federation is working hard at sealing a match with an African team for the Super Eagles, after announcing on...