The executive governor of Sokoto state Alhaji Aminu Tambuwal has stated that he is committed to the development and growth of handball in the state.

Governor Tambuwal revealed this much when he received the board members of the Handball Federation of Nigeria led by the president Mr. Samuel Ocheho on Tuesday evening in his office.

The HFN hierarchy were on a courtesy visit to the executive governor to seek his support for the National Under 12/15 Male And Female Handball Championship which is slated to hold in Sokoto State from February 28th to March 7, 2020.

Governor Tambuwal also reaffirm the commitment of his government to support the competition as well as ensuring a hitch free championship as Sokoto State was and still is a force to be reckoned when it comes to handball as shown by the exploits of the state team, Sokoto Rima.

The governor who promised to reposition the team (Sokoto Rima) for greater laurels in the future, also promised to make the National Under 12/15 handball Championship one of the best competition the HFN has ever organised.

He also promised to provide free accommodation and feeding for all participating teams attending the championship as well adequate security for the players and official.

An elated HFN president, Sam Ocheho, said the competition is to ensure that development of the sport starts from the grassroots who just want an opportunity and enabling environment to show what they are capable of.

He praised the governor for committing to the feeding and accommodation of the team as it will reduce the burdens of participating teams who only need to transport themselves to the venue of the championship and payment of players allowances.

He also praised the governor for the support towards the HFN and promised that the federation will work with the Local Organising Committee to deliver a first class championship that will linger in the minds of everyone for long. 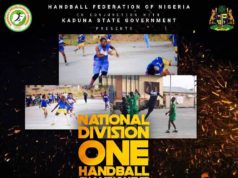 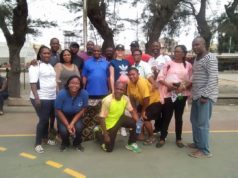 German Based Former Nigeria Handball Player Gives Back To Kids 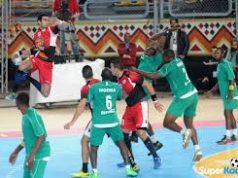 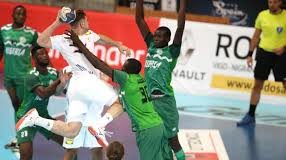 Farouk Ahmed - January 22, 2020
0
Nigeria national handball team on Wednesday defeated Kenya with an emphatic 30 - 14 victory in a loser's match at the Africa...