Heartland Chairman Chief Barrister Charles Ezekwem once again showed his Midas touch with the invitation of the number one citizen of the State Senator Hope Uzodinma to come watch Heartland take on Sunshine at the Okigwe Stadium.

The sports loving Governor duly obliged Ezekwem’s request and despite the fact that the game ended before his arrival, the number one citizen kept his word to honour Ezekwem and Heartland .

The Fans were amazed that the Governor who was less than 4 weeks in office could honour such an invitation to become the first Governor to visit Heartland at the Okigwe Stadium.

Former Deputy Governor Prince Eze Madumere, Dr Oguike and the member representing Okigwe at the house of assembly were present to watch Heartland pip Sunshine.
Basking in the euphoria of the victory  the players and management of Heartland FC minutes after the pulsating 1-0 victory over Sunshine Stars of Akure received the number one citizen of the State, Senator Hope Uzodinma with the Chairman Chief Ezekwem directing proceedings.
Ezekwem introduced the Governor to the team starting with the Sporting Director, Ifeanyi Ekwueme, then came Team manager ,Mobi Oparaku,  the Technical Crew Led by Fidelis Ilechukwu and the playing staff led by the inspirational Ikechukwu Ezenwa (the stand in skipper).

Super Eagles goalie Ikechukwu Ezenwa while speaking on behalf of the players thanked the Governor for taking the time to see them. He asserted that he became the first sitting Governor to do such.

The skipper posited that since the emergence of His Excellency as Governor the players had decided to do all they could to record positive perfromances on the pitch of play. He also implored on the Governor to come to the aid of the players as their salaries had been slashed and many of them sacked because of the inability of the management to meet up with their financial obligations.

Chairman of the Club, Chief Barr. Charles Ezekwem re-echoed the words of the skipper citing that on the very day of his emergence as Governor, Heartland had no kobo to its name.

He also regretted the effects the lack of funds has played on the welfare of the club citing that they received a 30 million naira subvention for the first time in December 2019. That the regular amount being received wasn’t remotely enough  better still inadequate to cater for the team which led to countless occasions of sponsoring the club from personal resources.

This according to the Okigwe born  High Chief, led to the disengament of several  players by placing them on the  transfer market and subsequent recruitment of the new crop of players only acquired on loan from other clubs.

He therefore called on the Governor to take Heartland to heart such that the Imo darling club can compete favorably with their more illustrious counterparts in the country.

Governor Hope Uzodinma in his remark thanked the management for holding the forth in his stead to ensure that the club honour  matches and sustain the tempo of victories so far. He said that his Government was here to identify with club in order to bring joy and excitement to sports loving Imolites and will ensure that the walls and stomachs of Heartland and its staff are repaired for good. He promised to take the Club to an enviable height of success, not only Nationally but also on the continent.

While thanking the players for the winning momentum since he became Governor and asking them to sustain the tempo he promised unequivocally to meet with the management soon enough to tackle the concerns raised by them ensuring that things will definitely take a better shape from now, much to the adulation of the crowd at Okigwe. 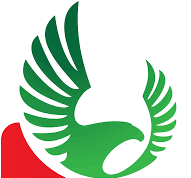 CAF has signed an agreement with the Egyptian Government

AFRICA IS SET TO SCORE BIG THROUGH WFS AFRICA 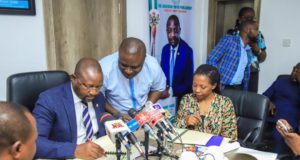 Farouk Ahmed - January 20, 2020
0
In line with his resolve to ensure that the Youth Development mandate of the Ministry goes hand in hand with its Sports...