With 136 out of 900 FIFA World Cup 2022™ qualifying matches having already been played, the national teams in South America and Africa can now look forward to learning their fate as both CONMEBOL and CAF get set to stage their draws on the road to Qatar.

The draw for South America’s round-robin league will take place at the Hotel Bourbon, located next to CONMEBOL headquarters in Luque on 17 December at 10:00 local time. The action on the pitch is set to start in March 2020 as each of the ten national teams face each other home and away until November 2021, with the top four teams qualifying for Qatar 2022. The fifth-placed team will advance to the intercontinental play-offs.

The FIFA World Cup 2022 will also take centre stage in Africa on 21 January, 19:00 local time, at the Ritz Carlton hotel in Cairo with the CAF draw for the second round of the preliminary competition. The ceremony will see the 14 winners of Round 1 join the 26 top-seeded African teams to form ten groups of four (based on the December 2019 edition of the FIFA/Coca-Cola World Ranking), with the ten group winners then advancing to Round 3. The second round of Africa’s qualifiers will kick off in March 2020 and will conclude in October 2021. In Round 3, which is scheduled for November 2021, the ten group winners from Round 2 will be paired up for knockout matches, with the five winners securing a berth at Qatar 2022.

Keep an eye on FIFA on YouTube where you can watch a live stream of the draws from both South America and Africa. 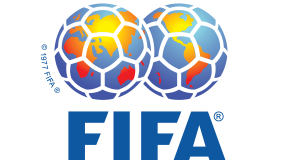