FC Sheriff Tiraspol central back Faith Obilor may likely be among the name to called up to the super eagles following his team current performance both in the Moldova and Champions league.

Obilor has played almost all the matches this season which placed his team on top of the league table.

Recently he told www.realsportscast24.co.uk after their away victory against FC Sfintul gheroghe that,”It was a sweet victory for us and also very important.

“I am doing well in my team and i know i can do better if given an opportunity to play in the national team,”

“My team play in the Champions league and i also play too. one opportunity will say it all,” faith Obilor said. 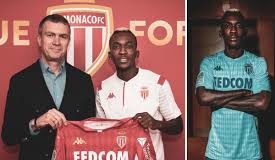 Sandra MEA, Liverpool - August 12, 2019
0
Henry Onyekuru has completed a transfer from Everton to Monaco for an undisclosed fee, the clubs have announced.