Unai Emery has asked Arsenal’s supporters to trust him as he embarks on a long-term rebuilding process in North London.

The ex-PSG boss’s first season in charge ended in a chastening 4-1 defeat to Chelsea in the Europa League final in Baku on Wednesday night.

The game represented their last chance to qualify for next season’s Champions League, after a fifth-place finish in the Premier League.

Emery acknowledged that a place in Europe’s premier club competition was an ambition he hadn’t achieved, but said that the Gunners had progressed in his first season.

“We knew it would be difficult, and we are in our process. I want to say to all the supporters we are in this process,” he told a press conference.

“Really the first target has not been achieved this year, but I think we are closer, firstly in the Premier League, and second in this competition, playing the final.

“Next year is a big challenge for us to take one more step on our way, in our will with the young players.

“We are disappointed today, but in general, I think we made a new step improving and being competitive. We’ll have to take one more step next year.” 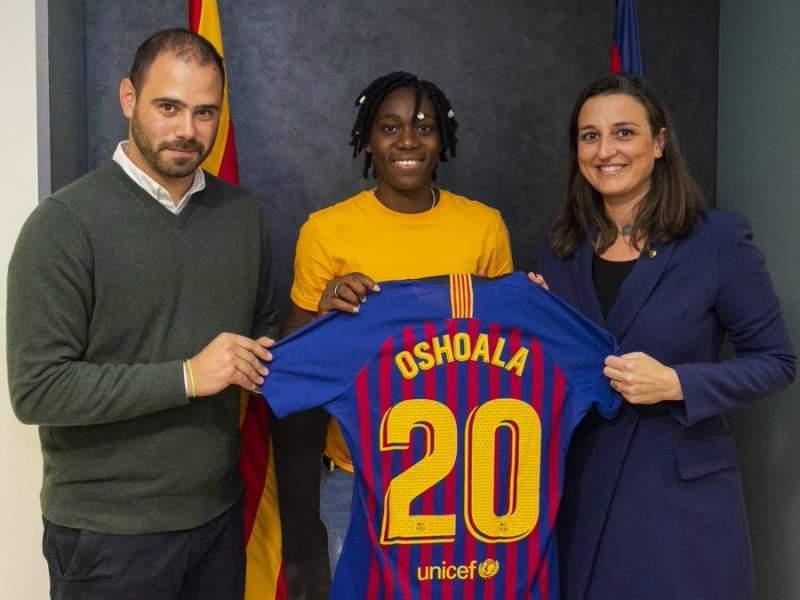 Sandra MEA, Liverpool - June 2, 2019
0
Asisat Oshoala has promised to have “a memorable” season after she signed a permanent contract with FC Barcelona. “I’m looking forward to having a memorable...
Go to mobile version