The joy-filled Commissioner was received by a sizeable number of the State’s contingent members who weren’t involved in any sporting activities as at the time of the visit.

In his remark, he said:

“On behalf of my principal, the Governor, I wish to, with the pride of humility, thank all of you.

“Your conduct at the festival has been wonderful. Both the Governor and the entire State’s people are so proud of you and what you have been able to achieve within the period of your stay here.

“After my interface with the Executive Governor, Engr. Abdullahi Sule, yesterday (Sunday), about your performance at the Games, I want to assure you that there’s a huge reward awaiting you back home”, Othman Bala stated.

The Commissioner also congratulated athletes who won medals and brought pride to the state through their ingenuity at the festival, while encouraging those who didn’t win any medal never to give up.

“For the medalists, congratulations on the wonderful milestone achievements.

“Kindly sustain the tempo. If you trained for ten minutes to win your medals here(Edo), then you must train for thirty minutes or more to maintain it(them) in the future.

“But for those who didn’t win any medal at the fiesta, see it as a starting and planning stage.

“Don’t lose your focus, but plan and work harder for future events.

“In all, I am so impressed and happy with your performance, and I wish you the very best of luck in the remaining days at the Festival”, the Commissioner concluded.

Team Nasarawa has so far won eighteen(18) medals at the ongoing 20th National Sports Festival, comprising three Gold, three Silver, and twelve Bronze medals, that is after Jummai Longleng won bronze medal in the F57 category of Discuss event of Para-athletics, and Dogo Sisco as well as Bahagon Ali Tarare both won bronze medal each in Dambe(Trado-sport), today, to add to the Team’s earlier fifteen medals won on Day Ten of the event.

Nasarawa State is still hoping to scoop more medals in Wrestling and Athletics before the end of the Festival scheduled for Wednesday, 14th April, 2021.

Sports Is An Industry For Human Development says Musa Nimrod 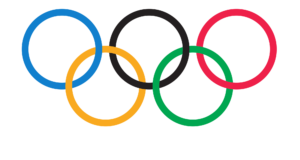 Farouk Ahmed - April 6, 2020
0
Engr Habu Gumel, President of the Nigeria Olympic Committee (NOC), and his executive committee have joined their voices with the President of...