Home NPFL Dikko Identifies Production Cost As Major Hindrance To Live Broadcast Of NPFL...
Share
Facebook
Twitter
Pinterest
WhatsApp
Linkedin
Infrastructure deficit has been identified as a major reason the Nigeria Professional Football League (NPFL) is not being broadcast on television.
Chairman of the League Management Company (LMC) Shehu Dikko offered this explanation in a recent interview and said the absence of required infrastructure has made it very expensive to produce NPFL matches for live broadcast on television.
Dikko was apparently responding to clamours by fans for matches to be seen on television from next season and revealed that it would cost as high as N15 million to broadcast a match live in the league due to the infrastructure deficits and high foreign exchange.
“To produce just one game of the NPFL will cost as much as N15 million for a standard coverage that will meet minimum standards. This cost is because of infrastructure challenges and stuff like that”.
“So we are taking our time working round the clock to put in place all that we need to have a good production and to ensure that we resolved the problem such that we won’t encounter any hitch in the future. It’s definitely not easy but doable.
“The objective is to produce all the NPFL matches for live broadcast. If you want to do that, each one will cost about N15 million, which means that each MatchDay will cost N150 million. Where is that money going to come from? So we have to put our thinking caps to get round this situation. 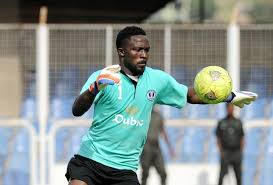 Farouk Ahmed - May 24, 2019
0
Plateau United save hand Dele Ajiboye has vowed to do what he knows how to do best to rescue former NPFL champion Plateau United...
Go to mobile version