The chairman  Kano Pillars FC chairman  Shu’aibu Yahaya Jambul has assured supporters of the club that they team is in Dakar to humiliate their Senegalese CAFCC opponents.

The club boss in an interview with sports writers in Dakar far away Senegal  said the players and technical crew of the Kano side have declared war on their opponents in Saturday’s(today)  CAFCC campaign.

Jambul boasted that the clash is a  live or  die affair , noting that the mission is to steal three point at worst to  secure   draw score line  as they file out against  ASC Jaaraf of Senegal  later today.

He however said there were  hiccups , revealing that the team has undergone  minor shake up , “the team is in high spirit and  the task is to take the scalp of their opponent in their own backyard.

“You are here too (Journalist ) , and you see it by yourself ,we are ready and the players also in terms of preparation and fitness ,the passion and determination to succeed is written boldly on their face.”

” Am appealing to our massive fans in Kano and globally to continue to   cheer the team and help them with prayers wherever they are ,  succeed is ours by the end of the game am confident.” Jambull stated.

Enyimba Hopes for A Turn Around against Visiting El Merriekh 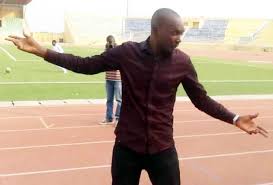 Bibian Onwugbolu - June 24, 2019
0
The former head  coach of Katsina United, Abdullahi Biffo who recently underwent a UEFA license B course in far away Ireland has...