Enyimba FC are into the CAF Confederation Cup group stage after an incredible night of drama at the Adokiye Amiesimaka Stadium Omagwa Rivers State.

Rivers United’s Fortune Omoniwari’s goal just before half time had cancelled out the advantage Fatai Osho’s side had gained in the first leg. The rest of normal time and extra time remained goalless so this nervous but entertaining tie went to penalties.

Both teams missed one each in the first five of the shoot-out but later on John Noble saved from Israel Emmanuel to hand Enyimba the advantage. The crucial kick at 4-4 in sudden death came when John Noble maintained his cool to score the decisive kicks.

Enyimba FC march on. And hopefully their smattering of good fortune on Sunday will help them in their quest to win the CAF Confederation Cup.

The Adokiye Amiesimaka Stadium was everything you would expect at kick-off. Rivers United had history on this ground – 7 wins out of 7 matches played on that ground in all competitions this season. One thing was sure to be missed, the effect of the ’12th man’.

Rivers United were the better side in the first 20 minutes. They were crisp and persistent in their attacking. They closed down the Enyimba defenders and forced them into nervous mistakes.

Fortune Omoniwari’s shot saved by John Noble in the opening minute was Rivers United’s first sight of goal. In the 16th minute, Enyimba FC came close to scoring and surely it would have been a horrible goal for Rivers United to concede. Samad Kadri’s low driven shot rattled the goal post after Theophilus Afelokai had dived full length to save.

Then came the big moment for Rivers United in the 42nd minute as Fortune Omoniwari opened scoring.
Omoniwari slammed home from close range after Malachi Ohawume attempt on goal was initially saved by John Noble

It was the lead on the night and leveller in the tie. Rivers United players and officials celebrated accordingly.

At the same time, the goal was a pin in the bubble of self-belief Enyimba had built up in their 5-game unbeaten run. Now they had to guard against deflation.

Although Rivers United started the second period quickly with Kazie Enyinnaya and Nelson Esor combining well, Coach Stanley Eguma was forced to make two substitutions as Lookman Binuyo and Nelson Esor were replaced by Oshobe Shuji and Stephen Gopey due to injuries. .

The game was a real cup-tie now. There was little containment in midfield as both sides went for the crucial next goal.

However the side could not be divided in ninety minutes of football. So the tie would be decided from 12 yards.

Bamba Bakary took the first for Rivers United and scored. Cyril Olisema kick was saved by Theophilus Afelokai. Ifeanyi Anaemena then scored to give United the advantage. Samad Kadri coolly converted then John Noble saved from Kunle Odunlami’s effort and Anayo Iwuala scored to level matters at 2-2. Godwin Aguda dispatched his kick with precision and Orok, Theophilus Afelokai and Austin Oladapo all scoring to tie the shout-out at 4-4

Israel Emmanuel opted for a long run up and saw his kick saved by John Noble who slotted his kick and the match winner for Enyimba FC.

Fatai Osho’s men had kept their nerve with their penalties. It had been two well-matched sides in an incredibly tense tie but Enyimba FC were through.

Breaking: Enyimba Stranded as no flight Allows in,out of Algeria 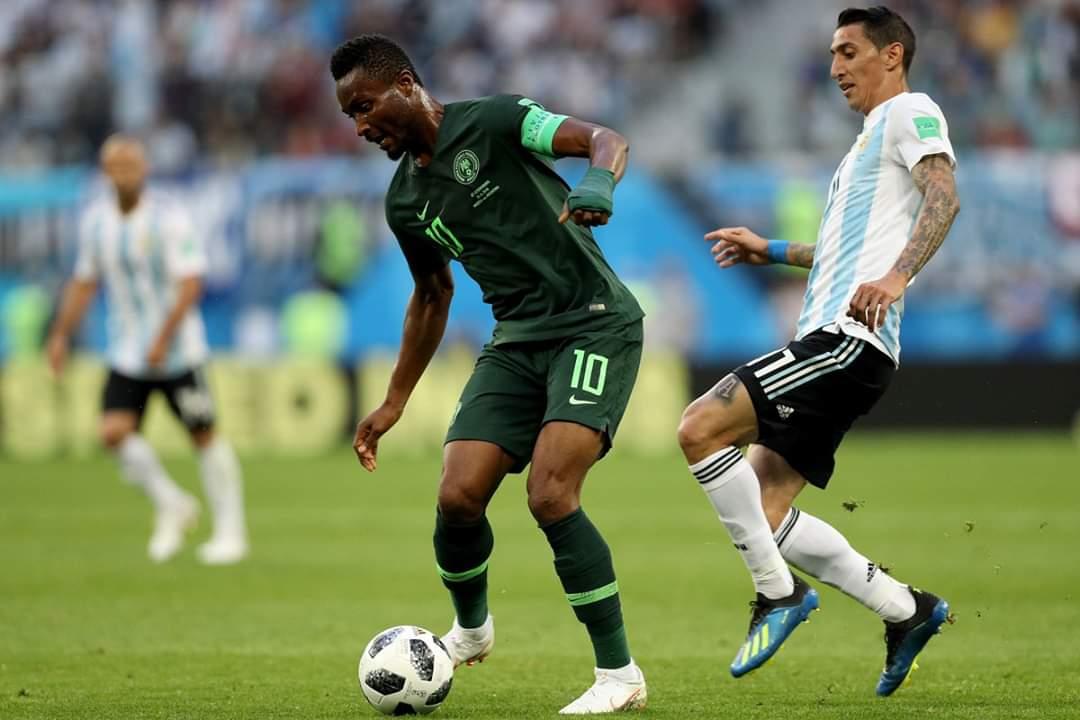 Sandra MEA, Liverpool - May 19, 2019
0
John Obi Mikel’s long-awaited comeback to the Super Eagles has been warmly welcomed because many believe his leadership and experience will help a young...