GBENGA BADA Yesterday at 9:02 PMTell your friends  Elozonam pulled a strange one when he saved Venita from eviction and replaced her with Frodd to join Mercy, Seyi, Mike, Diane, Gedoni and Jackye on the eviction list.

The eighth week of the BBNaija 2019 Season 4 will have intrigues following the replacement of Venita with Frodd and all other members of Cruisetopia on eviction list.

Though Frodd would be enjoying some of the privileges with Esther, he was replaced by Elozonam with Venita, whom he saved.

Venita thanks Elozonam, who saved her from being up for eviction and replaced her with Frodd. [Twitter/BBNaija]

Venita and Elozonam entered the Big Brother Naija 2019 House in the third week and they have been as competitive as dramatic in the game.

Last week, Elozonam escaped eviction and Diane saved Sir Dee to replace him with the young Elozonam, who many believed was close to Diane.

In what seemed like payback time, Elozonam failed to save Diane but went for Venita.

For the eighth eviction night, Diane, Frodd, Jackye, Gedoni, Mercy, Mike, and Seyi are all up for eviction. At least one out of the seven housemates would be evicted through the viewers’ votes.

Esther escaped eviction list while Elozonam ignore Diane to save Venita and replace her with Frodd. [Twitter/BBNaija]

The eviction list was announced on Monday night, August 19, 2019, a night after the eviction of Joe and Enkay.

For the eviction list, housemates had to battle for five minutes. The Icons and team Cruisetopia were tasked to a challenge which involved every team member’s participation. And the Icons won leaving the other members of Cruistopia up for eviction until Elozonam saved Venita and replaced her with Frodd.Source: Pulse Nigeria 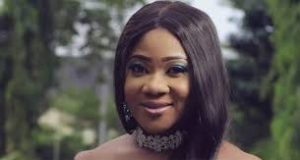