In order to perform well in the forth coming CAF CHAN tournament billed for Algeria January 2023, Home Base Super Eagles will resume preparations any moment from now.

A member of NFF technical department and former Enyimba Coach Paul Aigbogun in a brief chat with www.sportsdayonline.com in Lagos recently revealed that early preparation for the CHAN competition will kick off soon.

According to him, ” We are doing everything possible to assemble the domestic players for a friendly game atleast to keep them playing together since the league is not on.

“Do not forget they suppose to travel to Congo DR for friendly match this month which was later called off. So hopefully we will line out a fitting program which i believe will keep them busy pending when the NPFL will kick off.

The home Eagles could not qualify in the last Chan tournament held in Cameroon early this year but the former 20 assured that the Algeria 2023 will be a success as the team will meet up with expectations. 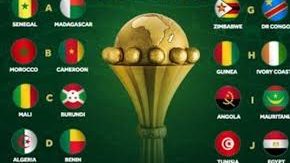