Few hours before the glitz and glamour of the AIPS Sport Media Award are expected to overwhelm the Corinthia Hotel in Budapest, Hungary, guests have been treated to an hour of football discussion with FIFA President Gianni Infantino.

In the last two days, Infantino, who recently became an IOC Member, was in Rabat, Morocco, where he spoke at a seminar focused on the development of competitions and infrastructure in African football. And he expressed his delight at being able to honour the invitation of AIPS.

“It’s a pleasure to be here with you and it’s a pleasure for me to have this chat from Gianni to Gianni. It’s as if I am speaking to the mirror,” he joked.

To formally kick off the session, Infantino explained why he spent the last few days in Morocco. Below are excerpts from the engaging session, which is also available on our YouTube Channel.

AFRICAN FOOTBALL A cooperation between FIFA and CAF started six months ago. We joined forces and came up with some ideas on how to change African football. My mission and my objective is to make football global. It is crucial to understand that why we say football is the number sport in the world, if you search deeply, you will realize that top football is naturally concentrated in a few countries. We need to care about football not being only in a few countries and this is why I was in Africa. Six out of the eight quarter-finalists at the FIFA World Cup in Russia were European countries. The gap is geting bigger and bigger between Europe and the rest of the world.

We made recommendations to CAF and we hope that they can implement it. We proposed three main measures: Make 20 referees fully professional under FIFA autonomy – we take them out of the political context of Africa. They will referee the most imporatant matches in Africa and they will help educate other referees in Africa. Invest in infrasructure. When I started as FIFA President, FIFA was a toxic brand, nobody wanted to associate with FIFA but today we have the cure.  We need to make sure that there are proper competitions in Africa. The competitions in Africa and other part of the world are not as successful as Europe, that means we have to look at specific competitions for Africa. In Africa there are teams that will play one match home and away and they are eliminated and they wait another three years. How can you develop football like this? You cannot. That’s why I proposed the creation of a Super League, which will produce. 200million in commercial revenues and put such competition in the top ten of the world. Africa exports the highest number of players in the world but this alone doesn’t help development.

MATCH FIXING AND RACISM Matchfixing is a criminal activity and to fight it we need to have the help of the government. The money spent on match fixing and the money made from match fixing are used to finance drug dealing and prostitution, which are all problems for society.

I think the frst step towards solving racism is to recognise that it is a problem and to speak about it we don’t have to hide. It is our responsibility to fight racism and the first step is by educating peaople and to educate them is by example. We need to open our organization. FIFA  is also open to women. If we educate our children to be open, tolerant and inclusive, they will be open, tolerant and inclusive. We have to look into the diciplinary measures and then we need to send some strong signals as well. A referee can interrupt the match if there is a racist incident, they should do it. If this continues, match will be abandoned, and the team you are supporting will lose the match. This is only starting in a few countries. If they don’t intervene, FIFA will.

WOMEN’S FOOTBALL I have four daughters, when I go home I have a lot of pressure, 5-1, if I don’t support women’s football. Jokes aside, it’s time to behave in football with gender equality on the pitch and off, in the meeting rooms, in management. But it’s not enough. We had the most successful women’s World Cup in France and many for the first time realised it is a real sport, it’s not boring, it’s not slow, and the stadiums were vibrating with matches. I would like to create a Clubs’ World Cup for women and to increase the number of teams in competitions and for this we need to invest. We need to invest, we decided to invest 1 billion dollars for the next years in women’s football, I proposed to have a World Cup every two years. In the last decade in UEFA people were concentrated in creating competitions and events, now they have Europa League, and other changes. In the rest of world, including in FIFA, people were sadly concentrated in other activities. 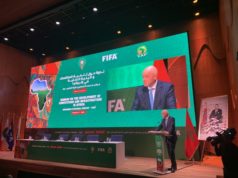 Project African football to the top of the world 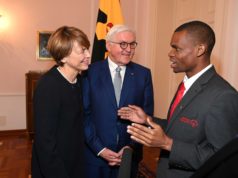 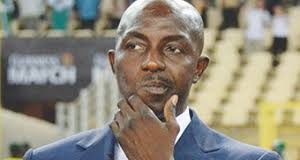 Sandra MEA, Liverpool - October 10, 2019
0
Former Super Eagles’ handler and player, Samson Siasia has pleaded with the Court of Arbitration for Sports (CAS) to extend the deadline...