Interim Super Eagles Coach, Augustine Eguavoen has said some players who have not had the chance to play before will do so now that the knockout qualification has been sealed.

The tactician said this at the post-match press conference following Super Eagles victory over Sudan on Saturday in Garoua.

The three-time African kings defeated Egypt in their opening game and progressed to the second round after a 3-1 win over Sudan on Saturday.

Samuel Chukwueze, Taiwo Awoniyi and man of the match Simon Moses scored for the three time African before Walieldin Safour reduced the deficit with a second half penalty.

The result means Augustine Eguavoen’s side join hosts Cameroon and Morocco by sealing a spot in the knockout rounds, with their final group game to come against Guinea-Bissau on Wednesday evening. 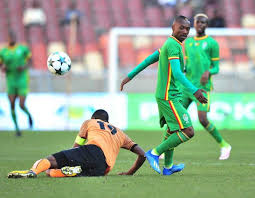 Sandra MEA, Liverpool - June 5, 2019
0
A 26 –man delegation of the senior national team of Zimbabwe, known as Warriors, will land in Nigeria on Thursday night aboard a South...
Go to mobile version